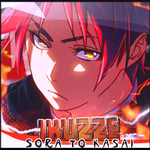 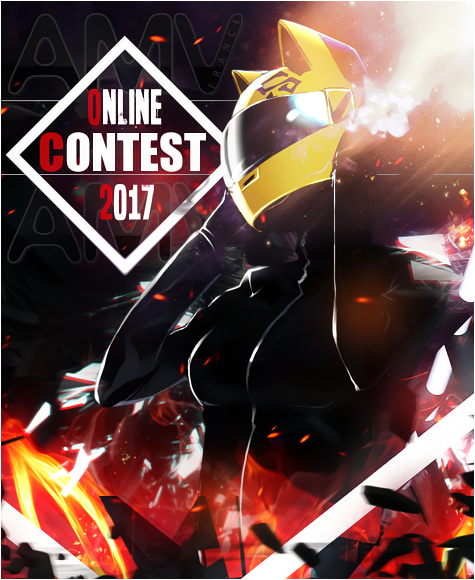 English Version:
Online Contest 2017
Deadline: November 26th 2017
Hi everyone. This year again, AMV-France is proud to announce the Online Contest 2017, an event which offers a fair experience with his particular rule - 100% ANONYMOUS. It's time to explain the rules.

You read well, neither intro, neither outro, neither any hint which could reveal who made this amv. This contest is supposed to be anonymous. You read well again, COMPLETELY ANONYMOUS. Thus, nobody will be able to say the name had a role, because the judges will not know who made what. However, the reverse holds true, the contestants will not know who the judges are either, why can't they be anonymous too? Any amv featuring an intro, outro or hints about its author will simply be disqualified.
. Contestants can send one amv and one MEP
You have more freedom because you are not limited to only one amv by person but you can also send an amv and a MEP. Each editor will be able to enter twice at most. People taking part in a MEP, even if they did not send it themselves, will still be accounted as a double participation to avoid any abuse. The MEP must also be an exclusivity.

. The amvs must not be uploaded publicly online before the end of the contest
First, because that would ruin the anonymity, but moreover we will show the creditless versions ourselves through the AMV-France website. You will then be able to see them without having to wait for the end of the contest and the results. And it might be fun to see who guessed the right editors at the end!
. The deadline is November 26th 2017

The diffusion of the amvs will be continuous with 2 or 3 amvs per day. It will start when enough amvs are sent. If the number of videos fails to reach our expectations, the diffusion will consist of only 1 or 2 amvs per day. We will use an exclusive YouTube channel dedicated only to the Online Contest. The top 5 will be uploaded (with credits, of course) on the AMV-France chennel, from 5th to 1st place.
There will be 3 maximum. Moreover, a public prize will be chosen in a vote on the AMV-France website.

Good luck to everyone !